You are here: Home Culture


Cannabis employees across the United States of America are joining the UFCW in droves.

Like other legal industries, workers in the cannabis industry have chosen to legally cement their presence by unionizing in big momentum in states that have legalized markets for cannabis.

The UFCW prides itself on its achievement of currently representing tens of thousands of workers in the cannabis sphere across the US. These workers work in the different niches in the industry like the dispensaries, delivery operations, grow, manufacturing, and processing facilities, laboratories, kitchens, lounges, and several others.

The Union since its inception has upheld its objective of securing better welfare packages, wages, and protection from unreasonable actions of employers. It currently has over 10,000 workers registered and it remains committed to unionizing and advocating for cannabis reforms in non-legalized states.

Cannabis workers who have registered to be a part of the Union work in either the medical cannabis industry or the adult-use industry.

Workers are unionizing at this period because…?

There are so many “Whys” to point out at this time, but the one that sticks out as the main reason why workers are massively joining the UFCW at this point is none other than the pandemic and the high profits individual companies made during the time.

In 2020 and the first two quarters of 2021, cannabis-related businesses made huge sums of sales in each legalized state. After the government got its share of the sales through tax revenues, it did not take any steps to make certain that the foot soldiers, that is the workers, in this industry are being paid their worth.

Most CEOs and Founders in the industry have continued to pay their workers a meager sum, despite the fact that the company is making thousands, if not millions, of dollars annually. Each month, employees within the cannabis industry hear of the large sums being made by the company, but none of these profits trickle down to workers.

An increase in profits should mean an add-on to the employees’ wages or benefits, but these workers have received nothing except slashed benefits and lay-offs.

The workers, having realized that only with a union can their voices be heard, have done the legal thing by joining the UFCW union. Now they can demand to be paid with the use of contracts.

The initial step to take for this to work would be to organize secure workplace contracts for all employees in the cannabis industry. Currently, about 35 states have legalized the manufacture, sales, and distribution of recreational and medical marijuana. This means the UFCW has about 35 states’ cannabis employees to register. The big states like California, Illinois, and Massachusetts will be covered first.

The Organizing Director at UFCW Local 328, Sam Marvin, told the Filter Magazine in a recent interview about the readiness of cannabis workers across the country to join the union, as well as organize other non-informer workers. Marvin believes that these workers are uniting to secure an equitable future for themselves in future years.

Experts understand that the all-around act of the workers to unionize is their only way of adding more legitimacy to the cannabis industry.

A registered union member, Casciato commented that belonging to a union has done more to solidify cannabis employees as a reputable part of the country’s workforce. He also added that they should be regarded as a respectable component of the country’s economy seeing that they were making the government millions of dollars in tax revenue.

Next Steps For The UFCW

Despite enrolling over 10,000 workers already, the union still has to double on its recruitment effort because there are thousands of workers that have no idea they could be a part of a union.

In a discussion with Motherboard, it was discovered that four out of five employees who are only registered came to know of the union when it was approached by organizers.

A study carried out a few years ago disclosed that about 48 percent of non-union workers are open to join a union if presented with a chance. This is where UFCW organizers come in.

UFCW organizers routinely visit selected businesses to get the word out and spreading.

Over the last 12 months, the union had made progress in California, Florida, New York, and Colorado. While their efforts are commendable, it still stands that they could be doing more. More employees should know about the concept of cannabis unions.

The United Food and Commer Workers (UFCW) union is also consulting with the Labor Peace Agreements (LPAs). The LPAs are being reviewed in this measure to ensure that there is no interference with the union’s effort from the employers. Each legalized State has started modifying its marijuana legislation to include LPAs, this will prevent workers from carrying out mass strike actions that could cripple the industry.

The states have also disclosed that only businesses that are affiliated with unions for their employees will be qualified to get licensed to operate within the state.

The future of the cannabis industry workforce depends on how well the unionizing efforts are pulled off. If the UFCW organizers can make good foundational agreements, nothing but a stable and equitable future for all cannabis employees will be experienced down the road.

Thousands of workers will still come on board with the UFCW union for a chance to protect their work schedules and add wage floors. Simply put, the UFCW union will provide them with an extra layer of job security.

In no time, cannabis workers will be able to dictate how the industry will be for working families. 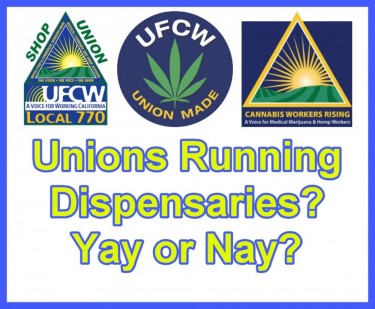 CANNABIS DISPENSARIES RUN BY UNIONS, IT IS HAPPENING… 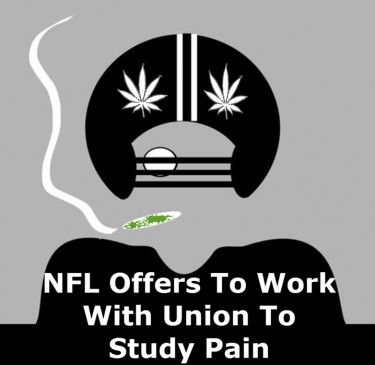 Do You Know the Difference Between Cannabis Strains, Phenotypes, and Cultivars?

A Cannabis Miracle in Asia

What are Kratom Leaves and Do They Have Medicinal Value?