You are here: Home Culture 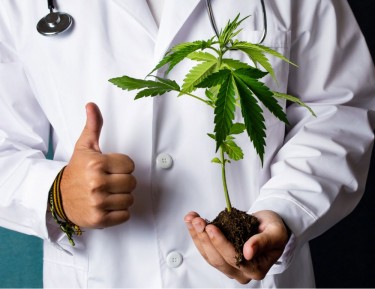 Despite rigid rules against the cannabis market due to a lack of federal legalization, the Drug Enforcement Agency is still keen on knowing more about the market. This desire to dig into the marijuana market explains why the DEA desires to increase the production of marijuana and psilocybin for research.

The DEA is set to publish a notice in a Federal Register stating that it is suggesting “Significant increases” in the production of “Schedule 1” substances. The substances include:

These substances are related to the DEA’s interest in researching hallucinogenic controlled products for clinical tests and research. The DEA asserts that it wants to support the regulated trials of schedule 1 substances, so increasing the production quota explains why this move is essential.

The DEA also wants to research the requirements for manufacturing new drugs and the kind of impact marijuana has on the body. These steps are taken to work towards the Food and Drug Administration’s possibilities to approve a new drug.

Why is the DEA making the request; a case for psilocybin.

Well, the DEA doesn’t provide sufficient details about why it is suddenly interested in studying cannabis and psilocybin in enormous quantities. However, one can deduce that since the substances have gained so much attention within the past year, the DEA is keen on discovering why people are interested.

Another reason for the interest is due to the state of Oregon decided on voting for Psilocybin legalization soon through the initiative known as IP-34 in November. California is also set to allow its residents to vote on the California Psilocybin Decriminalization Initiative 2022 in November.

Additionally, Canada is beginning to explore ad embrace psilocybin as a drug to treat patients with a terminal disease. Numerous new studies are also looking into researching the medicinal properties of psilocybin and how it may help treat conditions such as depression.

Interestingly, some states in America have reduced the penalties for people caught holding psilocybin, and many other states have embraced the substance, with states like Michigan set to make the month of September an “Entheogenic and Fungi Awareness Month.”

Why is the DEA making the request; a case for cannabis

With cannabis, its current restriction as a Schedule 1 grouped substance will soon come to an end. Dr. Sue Sisely, who focuses on medical marijuana to treat PTSD and other conditions, sent a petition to make the DEA reschedule marijuana.

On Monday, a Federal Appeal Court rejected her petition to get the DEA to review its marijuana scheduling in the Controlled Substances Act. The Judge, Paul Watford, issued a statement claiming that part of his ruling against Dr. Sisely’s petition was that the DEA might be “Obliged” to start the reclassification process in the future.

Like psilocybin, cannabis is also gaining popularity, with several states and organizations willing to invest in more research for the medical sector. The DEA can no longer ignore these interests and is keen on taking center stage with its involvement in a bid to have a stake in the marijuana industry whenever the federal government decides to legalize it.

Prior efforts made by the DEA

The agency had randomly changed the production quotas for Schedule 1 drugs such as marijuana which shows a highly productive approach. They are keen on harnessing the therapeutic potentials of cannabis and psychedelics as other jurisdictions enact laws that govern the use of such substances.

In 2021, the DEA is poised to manufacture 2 million grams of cannabis or 4,400 pounds. This reflects a 500,000-gram upgrade from its first quota for marijuana for the year. The DEA is also proposing that it manufactures 500,000 grams of marijuana extracts, which will double its first quota. With psilocin and psilocybin, the major components of what is known as “Magic mushrooms,” the DEA also increased its manufacturing goals.

Initially, the quota for psilocybin was placed at 50 grams, but now it is reviewed to 1,500, which is a 2,900% increase. The DEA also desires to produce 1,000 grams of psilocin instead of the first 50 grams that were proposed.

How can interested parties get into this new quota?

All interested parties have a 30-day window to present their comments on the new manufacturing quotas for the mentioned substances and many more after the notice is officially announced on Thursday.

This development is an exciting one for cannabis experts and researchers. It also shows a readiness from the federal enforcement agency to tap into this growing scientific field that embraces cannabis as its focal research point irrespective of its Schedule 1 label.

The process of meeting the manufacturing goal for cannabis will be more straightforward now that the DEA wants to end the monopoly of federally approved marijuana production. The University of Mississippi has had the monopoly of research for over half a century, and it has done its research by adding more growers for the research purpose.

Although the manufacturing developments are hopeful, experts remain frustrated that the listed fungi and plants are still in the strictest groups. Their frustration is understandable because these are plants with immense value and potential within the medical and recreational sectors. It is about time the American government understood the value of these substances brings into the American market. If Canada is already taking the lead in North America, the U.S needs to catch up!

With the DEA making this move early on, it is evident that the Federal Government has started to show interest in how cannabis and other substances are used. Research, trials, and tests are always the first signs of interest in any substance, and this is why an increase in production quota is a sign that something is brewing within the federal government.

It may take a longer period for the results of the DEA’s efforts at boosting cannabis research and psilocybin to pay off, but the wheels are already in motion. Right, now cannabis experts and enthusiasts are waiting to see how this plays out in the future.

What are Kratom Leaves and Do They Have Medicinal Value?

Cannabis and the Hypnotic State

How Do Cannabis and CBD Affect Your Liver